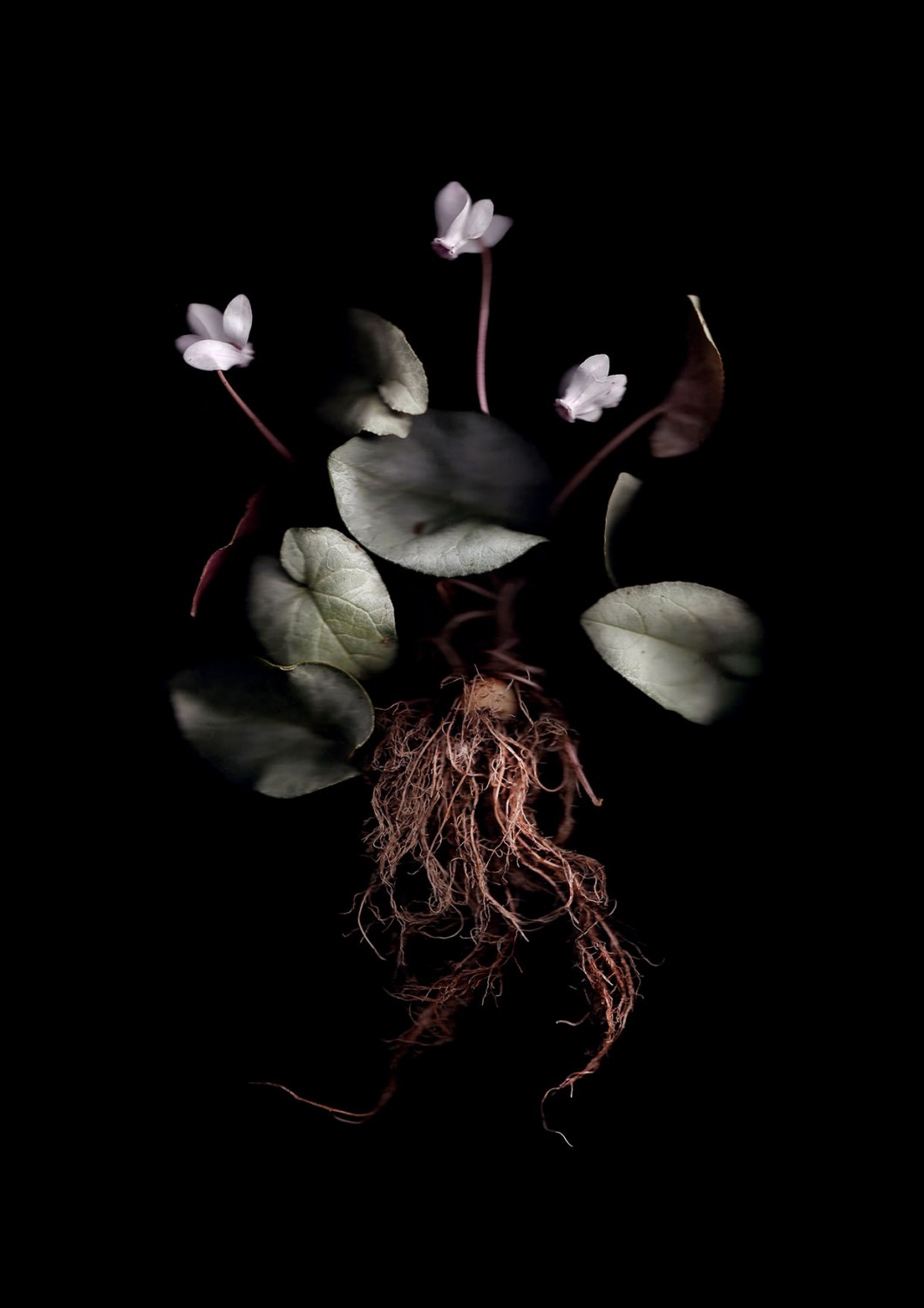 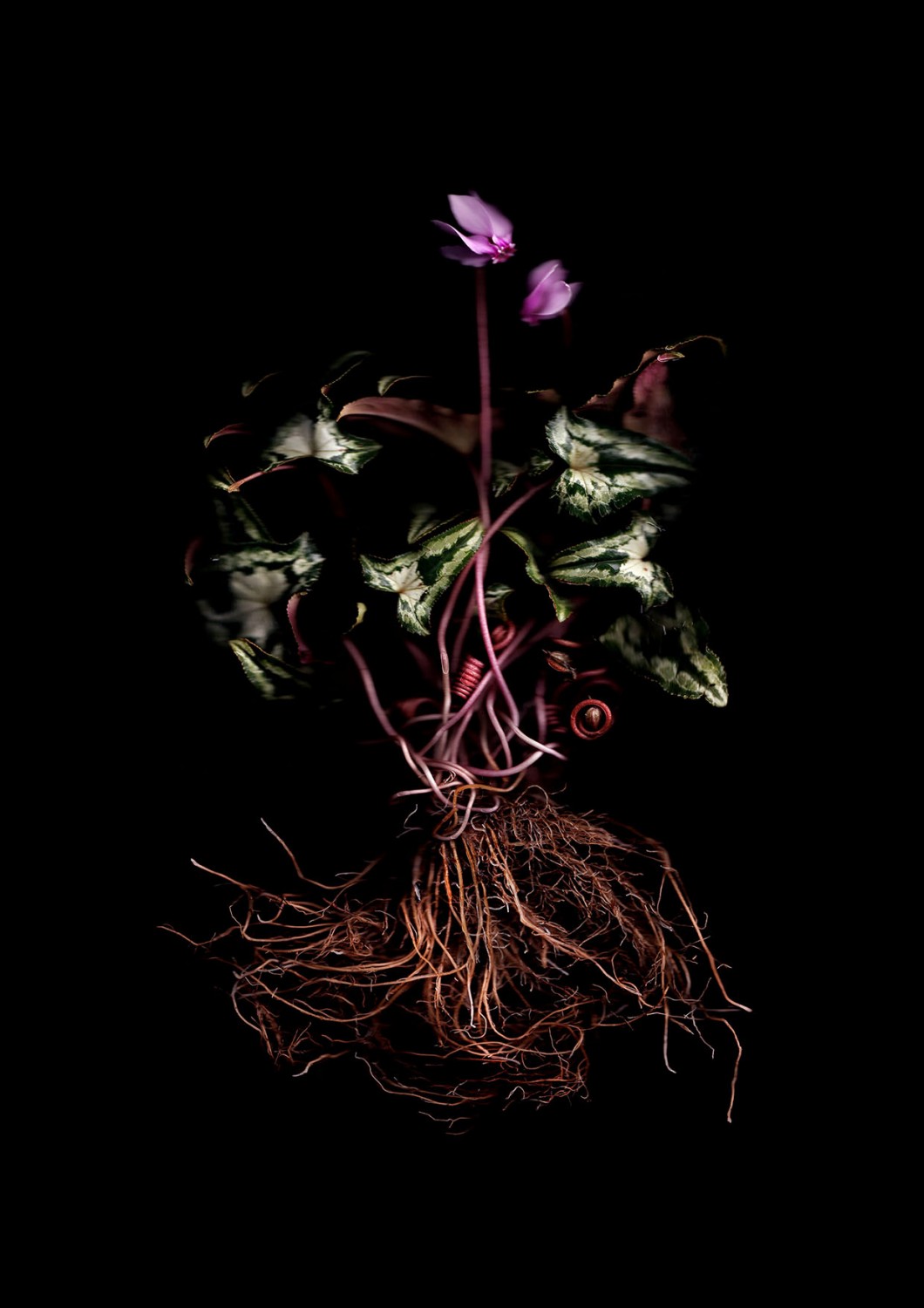 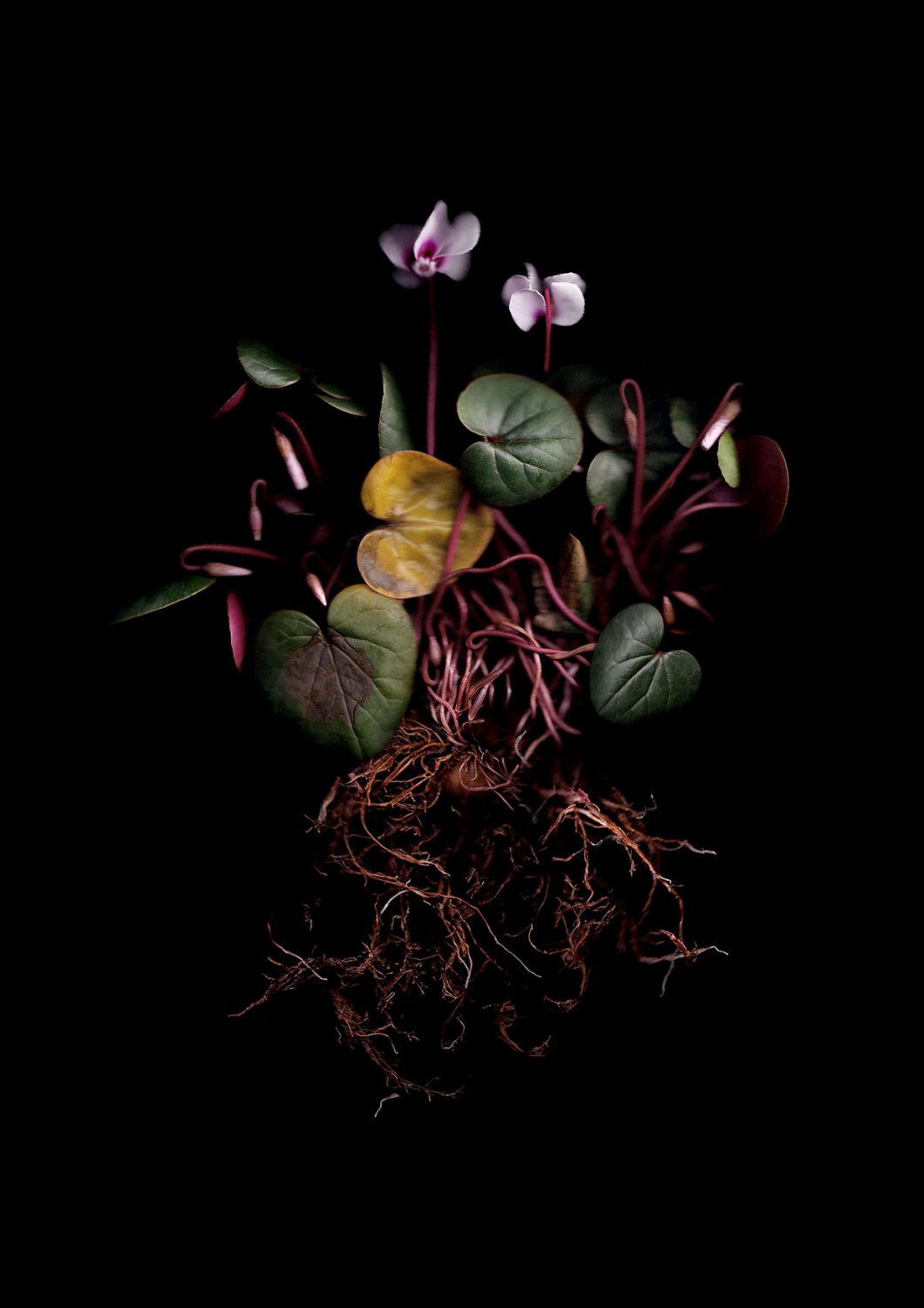 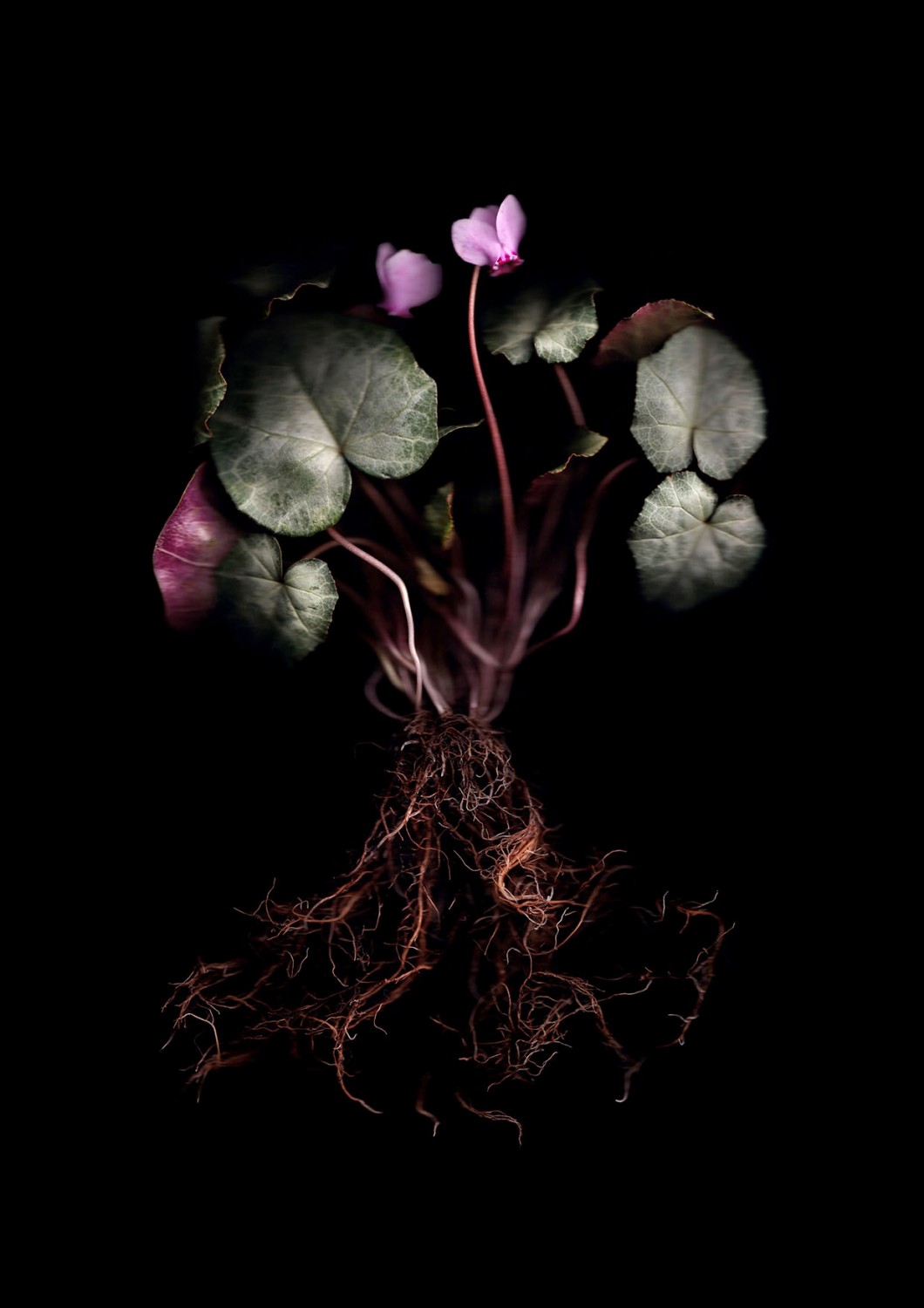 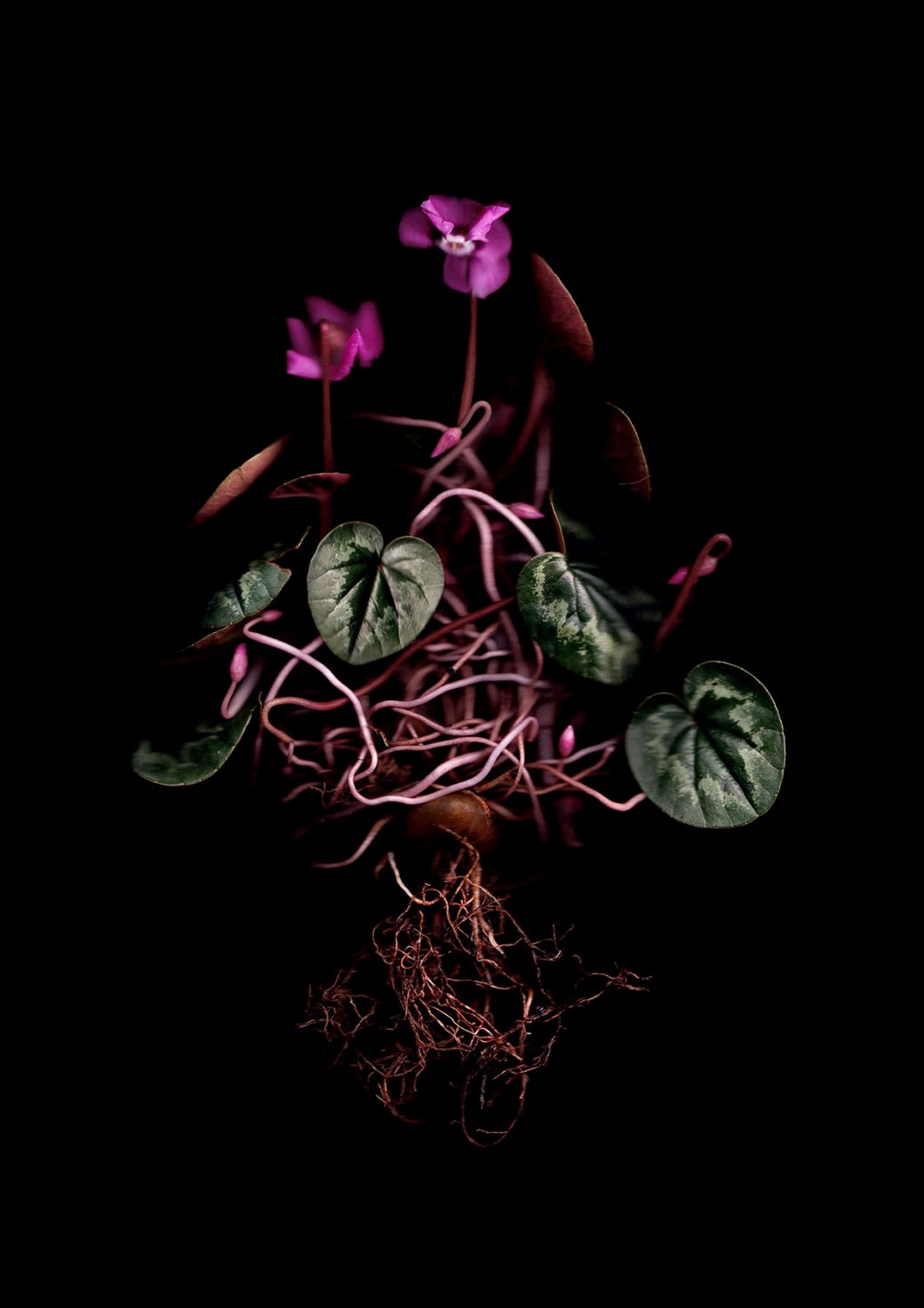 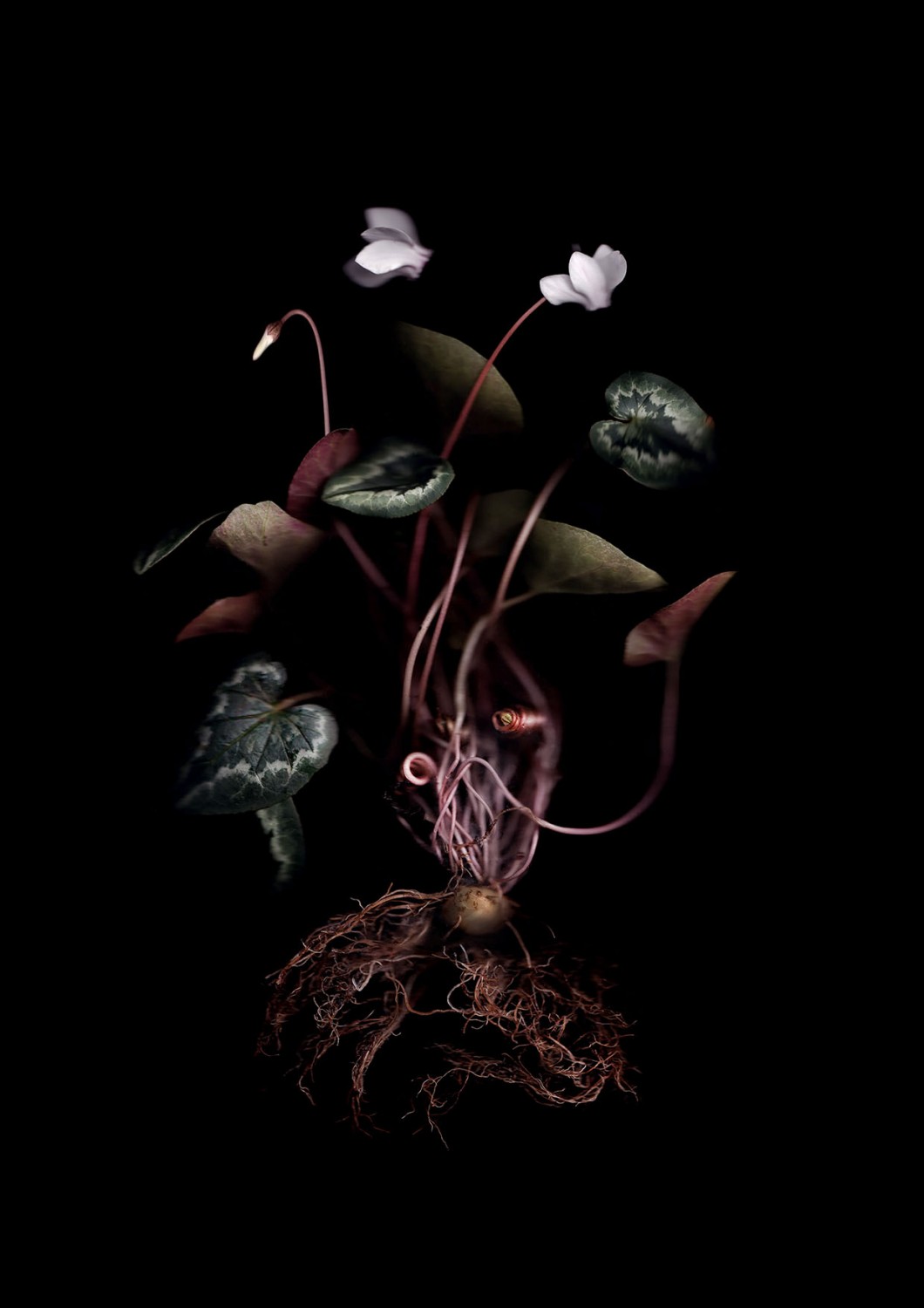 The varieties of Cyclamen coum and Cyclamen hederifolium that I have photographed are familiar garden plants in the UK. Valued for their hardiness and the intricate patterns on their variegated leaves, which range from silvers to greens, they crop up in gardens across the nation as though they have always been there.

In fact, Cyclamen were introduced to Britain in the mid-16th century and originate from the Caucasus, Southern Europe and Turkey. It is thought that Wild Cyclamen were once native to the UK before the cultivation of woodland at the start of the 20th century, which made many species of woodland flora either extinct or rare.

From the Greek word Kuklos, meaning circle, the Cyclamen’s flattened tubers are round as is the plant’s habit. They will spring up many metres from where they were initially planted, usually encircling the dappled shade of a tree trunk, via ants that carry the sweet sticky seeds on their backs. Now re-established in the UK, Cyclamen are perhaps the globetrotters of the botanical world, able to lay down their roots where little else is hardy enough to flower.

+ To see prices and purchase, head to ‘Shop’ in the menu bar.